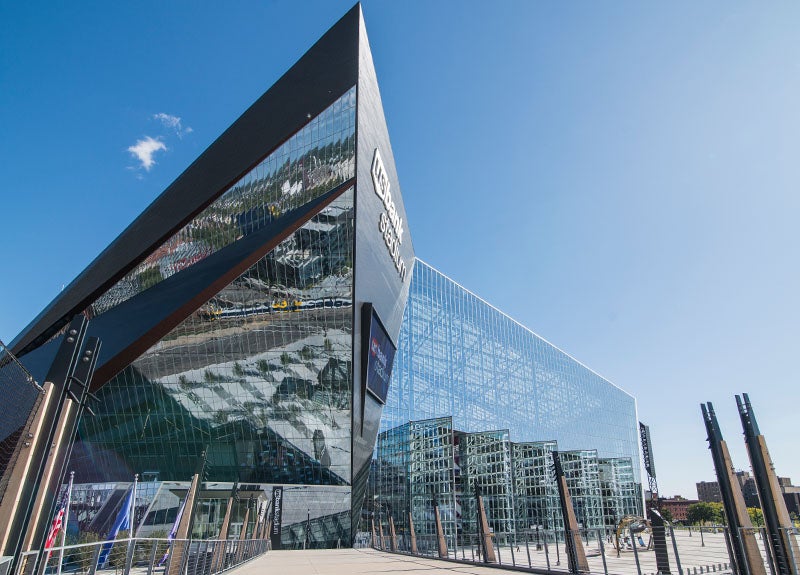 July 21, 2017 (Minneapolis, MN) – U.S. Bank Stadium celebrates its first year of operation this weekend with the anniversary of the facility’s ribbon cutting ceremony on July 22, 2017. In the first year, the stadium welcomed 1.6 million visitors for over 600 public and private events.

“We are impressed by the job that the SMG staff has done bringing in the community to U.S. Bank Stadium,” said Kathleen Blatz, interim chair of the Minnesota Sports Facilities Authority. “The building is living up to the spirit of the stadium legislation, that it be a resource for all Minnesotans. From youth football, to high school championships, to concerts and Vikings games, the stadium has events for almost every interest level.”

U.S. Bank Stadium opened in July 2016 with a ribbon cutting, followed by two days of public open houses that were attended by 190,000 people. The first three major events at the stadium were the International Champions Cup soccer match between A.C. Milan vs. Chelsea F.C., Luke Bryan’s “Kill the Lights” Tour and Metallica, performing one of its three 2016 United States concerts. The Minnesota Vikings defeated the San Diego Chargers at home on August 28 in their first pre-season game, followed by a victorious home opener against the Green Bay Packers on September 18.

“U.S. Bank Stadium immediately became one of the most recognizable stadiums in the world,” said Vikings Owner/President Mark Wilf. “We are thrilled with the game experience the stadium offers to Vikings fans, the home field atmosphere it gives to our team and the positive impact the venue has already had on Minnesota. We look forward to replicating and building on that success moving forward.”

U.S. Bank Stadium hosted its first Minnesota State High School League soccer and football championships in October and November. The facility also hosted 13 youth football events August through December and welcomed the return of in-line skating and running for 17 events in the winter months. Over 140 college and high school baseball games were played at the facility in its first season, with nearly 30,000 fans in attendance across all games. The first game was played on February 24 between Minnesota’s own Century College and Iowa Central Community College. The Dairy Queen Classic, hosted by the University of Minnesota, returned the weekend of March 3-5. In May and June, U.S. Bank Stadium hosted the inaugural season of Party on the Plaza, a free outdoor concert series for the public.

As the operator of five (5) other NFL facilities, SMG was contracted by the MSFA to manage the opening and operation of U.S. Bank Stadium in 2014. Since then, the company has used its considerable resources and scale to help produce significant results for non-NFL events.

“U.S. Bank Stadium is unique because of its versatility as an NFL facility. Our operation provides opportunities to host a broad range of events, putting Minnesota on the world’s stage. The diversity and quantity of events hosted in our first year is unparalleled in the sports and entertainment industry,” says Patrick Talty, SMG General Manager at U.S. Bank Stadium. “I’m proud to be a part of this monumental project in the Twin Cities community. I take pride in all of the hard work that my team has accomplished, and I look forward to our successes for this facility in future years.”

Throughout the first year, U.S. Bank Stadium hosted 425 private events in the facility for clients ranging from weddings and mitzvahs to corporate meetings, parties and conventions. These bookings utilized the vast stadium premium areas, concourses, exterior spaces and the stadium floor. Guided U.S. Bank Stadium tours began on August 24 and through the inaugural year over 88,000 guests toured the facility on 3,850 tours.

U.S. Bank Stadium has been awarded Super Bowl LII in February 2018, the Summer X Games in July 2018, the 2019 NCAA Men’s Final Four and the 2020 NCAA Wrestling Championships. In addition to these mega-events, U.S. Bank Stadium was recently recognized internationally as the Best New Venue for the Stadium Business Awards.