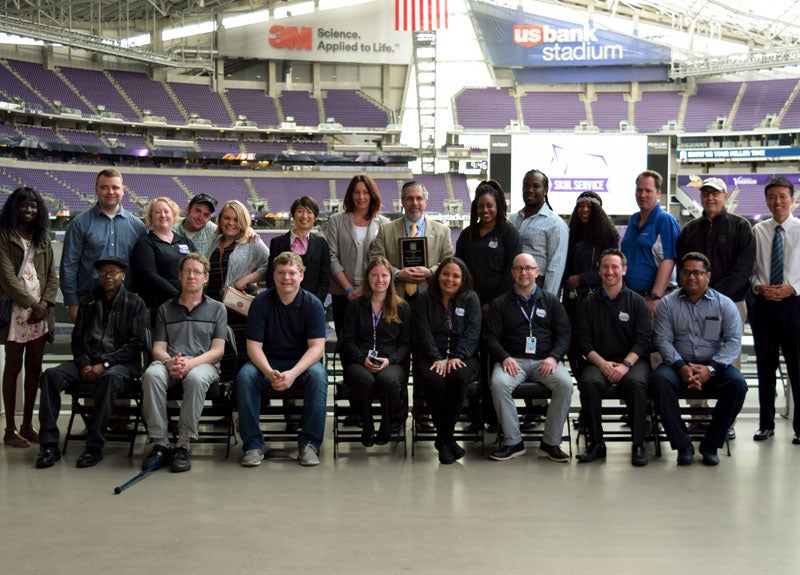 Minneapolis, MN (May 9, 2017) – Placement Partners announced SMG and U.S. Bank Stadium as their selection for the 2016 Employer of the Year Award this morning at the U.S. Bank Stadium SKOL Service Draft Day Hiring Fair. This annual award recognizes an employer with a strong commitment to breaking down employment barriers for adults with disabilities.

“It was a great honor to recognize all of the hiring managers at U.S. Bank Stadium with the 2016 Placement Partners Employer of the Year Award. This award shows the importance of their role in supporting us to achieve our mission in helping people with disabilities,” says Jack Chen, Executive Director at Placement Partners. “We certainly can’t do our job without the support of our employer partners.”

“SMG is pleased to accept the Placement Partners 2016 Employer of the Year Award,” says Patrick Talty, General Manager for SMG at U.S. Bank Stadium. “This is truly a collective effort across all departments. We’re committed to hiring a diverse workforce that represents the fabric of Minnesota. We look forward to continued success in this partnership for years to come.”