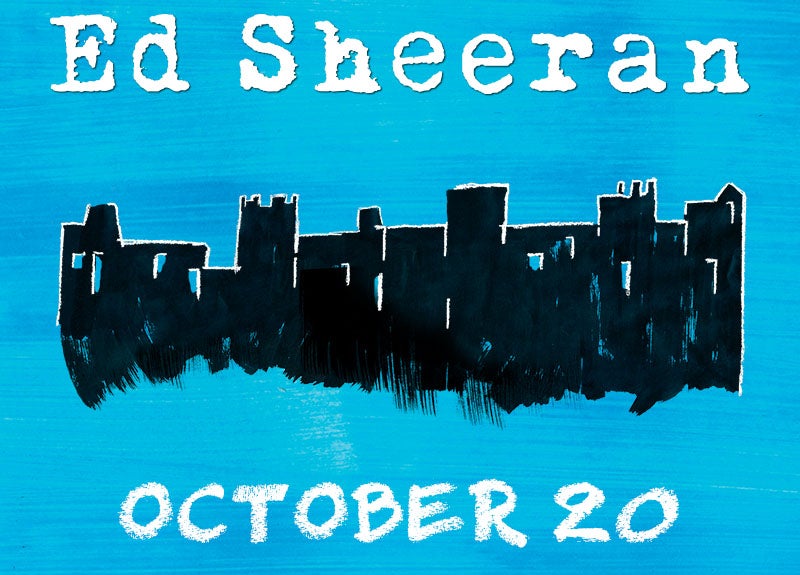 To ensure that tickets go to his fans, not scalpers or bots, Sheeran is partnering with Ticketmaster to use the #VerifiedFan system. Registration opened on Friday, September 22, 2017 at 5:30 PM ET and closes on Thursday, October 12, 2017 at 10 PM ET. The Fan Presales are set to begin Monday, October 16th 10 AM and run through Thursday, October 19th 10 PM (all times local). The general public on-sales are Friday, October 20th at 10am (local).­

Last week, Sheeran launched the latest single “Perfect” with a companion lyric video that amassed over 3 million views on YouTube in the first 24 hours and is now up to over 6.4 million views.  “Perfect” made its U.S. television premiere this morning with a live performance on ABC’s “Good Morning America.”  Next week, Sheeran returns to NYC’s Times Square for the much-anticipated return of MTV’s “TRL” on October 2nd.

“Perfect” is the 3rd single off of Sheeran’s blockbuster 3rd studio album “÷” (pronounced “divide”). Now certified 2x-platinum by the RIAA, the acclaimed singer-songwriter’s third studio offering is the biggest selling album of the year thus far.  After debuting at #1 on the Billboard 200 with the biggest first week sales at the time of its March release, “÷” remained in the chart’s top 10 for a staggering 24 weeks.  In the U.S. alone, tracks on “÷” have collectively earned more than 1 billion on demand streams.

Sheeran has likewise enjoyed record-setting success with the album’s 6x-Platinum certified, lead single “Shape Of You,” which is now the most streamed on song ever on Spotify.  In addition to topping Billboard’s “Hot 100” for 12 weeks, the hit song remained in the top 10 for 33 consecutive weeks, the most ever in the chart’s 59-year history.   “Shape of You” and follow-up Platinum certified single “Castle On The Hill” debuted at #1 and #6 respectively on Billboard’s “Hot 100” upon their tandem release at the top of the year, establishing Sheeran as the first artist to ever have two singles make simultaneous top 10 debuts.