What U.S. Bank Stadium is doing to minimize its carbon footprint. 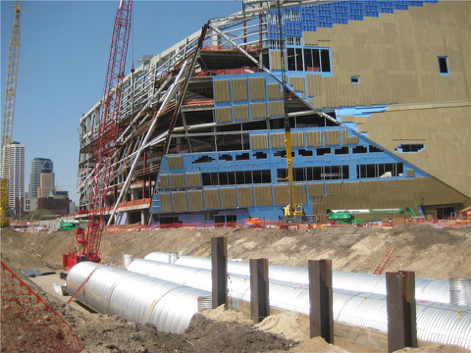 U.S. Bank Stadium has generated nearly 1000 tons of waste in the first year of operations, which is roughly the weight of 197 African Elephants, or to put it in stadium terms, over 9 million hotdogs. To minimize the stadium’s waste, the stadium uses the following waste hierarchy as a guide.

Because we are a business that makes money by selling food, beverages, merch etc. waste will always be generated, and due to the nature of a sports facility, reusable options, especially in concessions is not always feasible. As a result, the stadium focuses mainly on recycling and composting, the third tier in the waste hierarchy.

Because U.S. Bank Stadium is an indoor stadium, the amount of space to keep warm or cool increases significantly from an outdoor stadium. As a result, energy costs account for a significant amount of the utility bills. To date, the stadium has used 2.2 million kWh of electricity, which is enough to power 2.2 million 100 W light bulbs for 10 hours. Since energy cost contribute to a large percentage of operation costs, U.S. Bank Stadium aims to decrease usage in all many aspects of operations. For a further breakdown of these energy efficiency and reduction initiatives, see below. 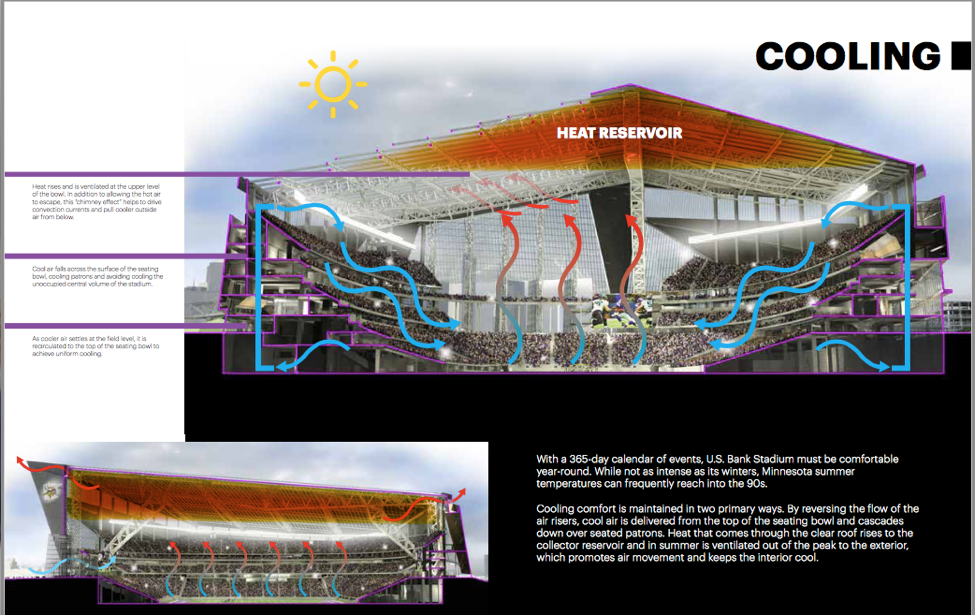 On any gameday, where the stadium has more than 70,000 guests, staff, and volunteers, transportation becomes a key component of the equation to reducing the facility’s carbon footprint.

What you can do to help.

Many of the sustainable behaviors you perform at work can be applicable at home as well. Here a few basic items that can reduce your carbon footprint and can also help you save money.